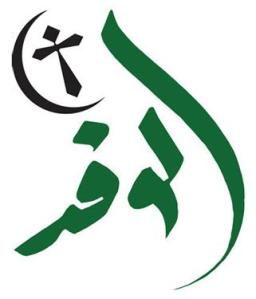 Egypt’s military government announced amendments to the electoral law today, although noticeably absent was any mention of the country’s electoral system. From what I gather the debate is currently between list pr and single member districts although the details of either have been nonexistent.

While it’s nice they aren’t rushing such an important decision I do think they need hurry up if they want to hold the September elections on time.   District creation takes time, at least if you want to do it fairly.   Furthermore, this is creating an unfair burden on political parties who have no way of devising electoral strategies.  If a nationwide, list pr system is adopted this is not nearly as big a deal, but that is unlikely.  Any sort of district creation, however, will force parties to prioritize where they run candidates.

All electoral systems force tactical voting, but Egypt’s fractionlized party system will place an extraordinary burden on voters.  In order to cast a tactical vote, a citizen must know the relative strength of each party.  This allows an individual to avoid wasting a vote on a party that has no chance of winning, while picking the best option that has a realistic shot at victory.  In Egypt, the electoral viability of any given party or candidate in a district will be largely unknown, and the longer it takes to draw district, the less time elites will have in providing that information to voters .

Formal models that predict the effective number of parties, optimal organization strategies for parties, and tactical voting decisions by electors, are all based on the assumption that actors have an understanding of the parties’ strength.  I believe this lack of information will disproportionality hurt secular and liberal parties, while favoring the more organized Muslim Brotherhood.  The reason for this?  The Brotherhood occupies a space on the right of the political spectrum larger than any liberal party occupies on the  left. Tactical voting, in other words, will be a much greater challenge for these voters. Or to use a Downsean model, the cost of obtaining information for a conservative is far less than that for liberals.  It may be the case that Egypt’s military rulers are putting of the decision on an electoral system in an effort to make the election fair.  The longer it takes for them to decide, however, the less legitimate the results will be.

Posted on May 21, 2011, in Electoral Systems, Middle East and tagged Egypt, electoral systems. Bookmark the permalink. Leave a comment.