← How should international actors respond to evidence of a stolen election?
Ethnic party formation in Estonia → 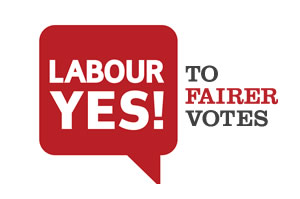 Via Matthew Shugart comes this discussion at the LSE blog about public opinion and electoral system reform in the United Kingdom.

One of the takeaway points for me is that voters have consistently voiced strong support for systems that are more proportional, but that support quickly evaporates once it is described to them what a proportional representation system is. This isn’t that surprising; traditional tradeoffs between fair and effective governance, although overstated, are easier to make when they are abstract.  When you start to think about how they will impact your preferred party, however, things might be different.

This made me curious to see if there has been anything written about vote choice and direct democracy, with a particular interest in the impact of elite signaling.   The best thing I found was this paper by Simon Hug and Pascal Sciarini, which discuss how different variables about a referendum affect vote choice. Examining data from fourteen European integration referendums, Hug and Sciarini essentially claim that issue saliency determines voting behavior.  In important “first-tier” elections, voters make a decision by weighing the actual issue.  On less important “second-tier” elections, voters may base their decision on their assessment of the ruling party.  This comes in the form of voting against the wishes of the government if one is dissatisfied, and voting in favor if one is supportive. This makes sense but it only explains voting behavior using a rational choice/retrospective model, where voters retroactively form their opinions of parties after evaluating their performance in office.

I’m not against looking at things this way, but I don’t think it’s appropriate for every type of referendum.  The UK AV referendum, in particular, doesn’t fit any existing model.  I’m not sure if the election would count as “first or second tier” in importance – the 40 percent turnout leads me to believe second –  but I don’t  think it matters. Even if it was first tier, voters would not be able to punish the ruling government as it was made up of a coalition divided on the issue.  To me, it’s very difficult for a voter to not weigh the issue through a partisan filter because the referendum is essentially a vote on future partisan performance. Yet, as we’ve previously discussed here, there still seemed – at least according to one earlier survey – that a decent amount of partisans were going against their party.  I would like to see more written about this by people who know more and have more data to play with.  I’m guessing that committed Tory and LibDem partisans took cues from their party leaders.  Labour partisans, having been sent such mixed signals from thier elites, would be interesting to examine.  Did Labour voters have a clear idea over whether AV would help or hurt them?  I think you could make arguments either way but I’m not sure what they heard. Also, how did those with weak identification vote, if they even turned out?

← How should international actors respond to evidence of a stolen election?
Ethnic party formation in Estonia →